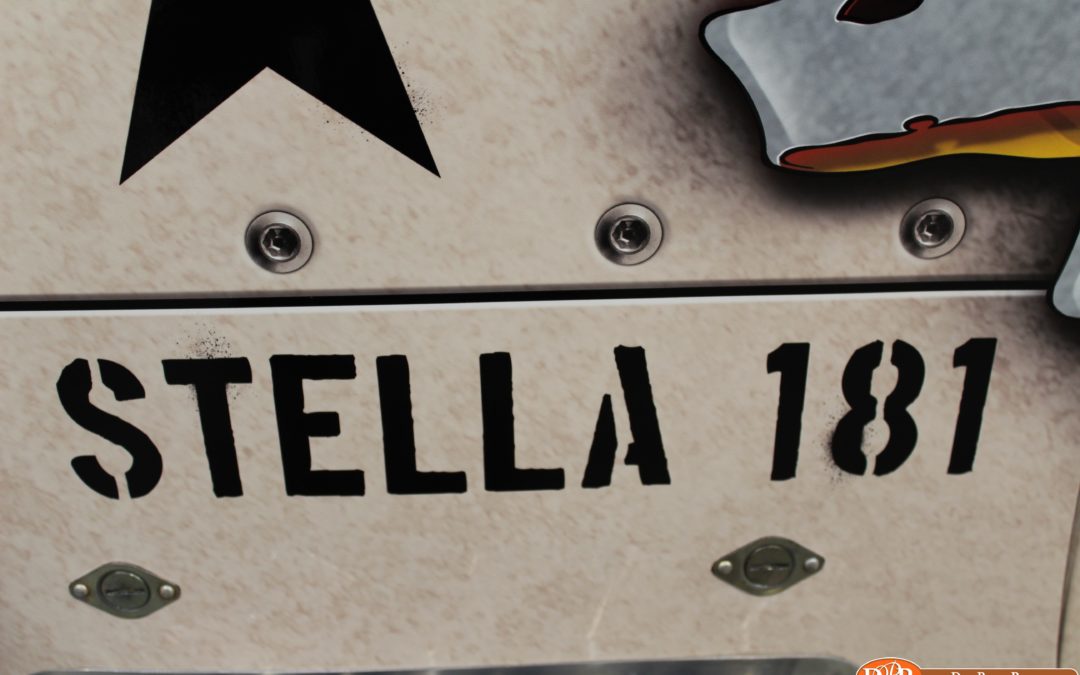 Welcome to another Women Crush Wednesday! Today is a very personal blog post for me. It’s a day I choose to celebrate and honor a woman very close to my heart. She’s someone many of you have inadvertently come to know over time. Her name is Stella. Known as Nanny Stella to me and to all that knew her. She was everyone’s, Nanny Stella.

What’s in a Name 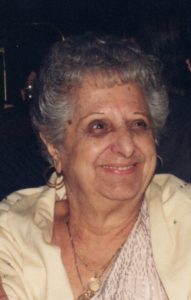 Many of you may recognize the name and equate it to my Pro Mod. She is named Stella after my Grandmother. The Pro Mod’s original color was Red, much in line with my Grandmother’s fiery hair color! Red Flame by Clairol, as I recall. She used it for as long as I can remember. Oddly that seemed to be the color of choice for many of my older Redheaded relatives! They say (in part) the color Red is associated with strength, determination, passion, energy, and love. Nanny Stella represented all of these.

No License to Drive

Although I named my racecar after her, Nanny Stella never drove a car in her life! She never had to. Living in the Bronx, New York had its perks. Stores were either within walking distance or accessible by public transportation. My Grandpa Charlie predeceased her by 20 years, almost to the day. For that time, she lived independently and on her own. It was a close-knit neighborhood. Storeowners knew their customers and neighbors were friends. Needless to say, Stella and her Italian cooking were a hit in the neighborhood as well.

As I got older, I made frequent trips to her apartment to visit. We were very close. It was during those visits that I learned the art of cooking Italian food. Meatballs and Gravy (yes, I said Gravy) to be exact. Cooking a Sunday dinner was a labor of love for Stella and that has carried over for me as well. To this day, the aroma of frying meatballs still brings me back to those Sunday dinners with a house full of family. Chatter so loud it could shatter a window and be heard a block away. She would stand at that stove all day. Her eyes lit up watching her family gobble up the food she cooked. I’m not sure I ever saw her eat a morsel. Her passion was her family’s happiness.

I’d like to think I inherited that passion for family from her, as well as learning her cooking skills. Life is so busy these days, I find we need to take the time to appreciate what we all once had. Togetherness. 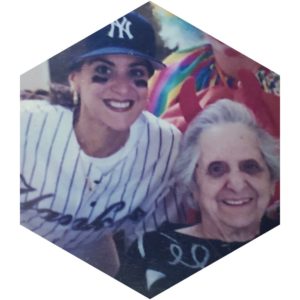 In her later years, Stella developed Dementia (Alzheimer’s). In the beginning stages, we had a Home Health Aide for her at her apartment in the Bronx. Coupled with the Aide and some wonderful neighbors, she was able to keep her apartment for a while. Once it became too dangerous for her to stay unattended, we moved her out to Long Island at my Mom’s house and finally into a Nursing Home facility.

By this time, Stella had lost the ability to speak. The fact that she did not speak did not at all hinder the communication process between her and I. Our bond was too strong to break. I visited her at the Nursing home every possible chance I had. I was there so often; the other residents began to think I was related to them as well! I went with it. Many of them were just needing the love of a family member, and unfortunately, they were not getting that. So many residents never received visitors. It broke my heart. Even after Stella passed away, I continued to volunteer in the Nursing Home.

To this day, I vividly recall the day we lost Stella and I miss her terribly. What I find comforting are the memories I have, and the wonderful traits I feel I have inherited from her.

Hopefully, she approves of the nickname Spicy Meatball and of course, the car being named after her! I can just imagine what she’s saying right now! 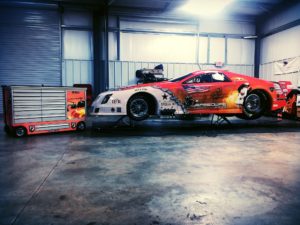 Be the inspiration everyone needs.

Thank you for reading,