It’s the journey, not the final destination 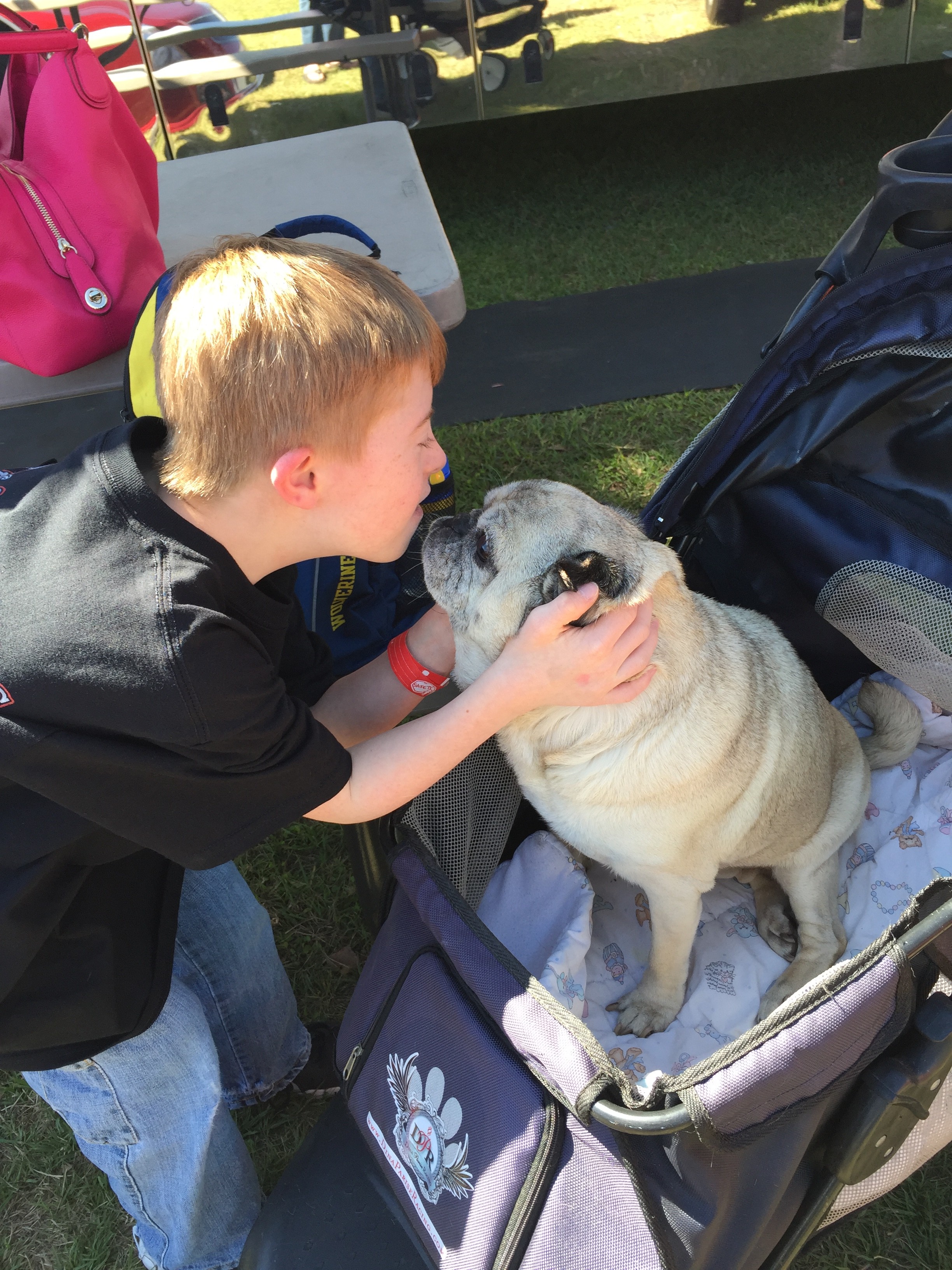 2016, it has a nice ring to it but it hasn’t been nice so far. We moved to Georgia and it was a nightmare. The first moving company we hired had all the wrong paperwork and didn’t have a clue of what our move entailed. They also hit us with paperwork containing fees that were not in the original binder. The workers also did not have proper I.D. to prove they worked with the company. We were not about to trust the contents of our home to them, so we had to delay our move and find another moving company. That was a daunting task to say the least. But a friend found us a great local company in Pa. They handled it! Moving the shop was not fun, but thanks to good friends we did it all. The timing of moving couldn’t be any better, NOT! Moving right at the start of race season, so that meant no testing. I am all about testing prior to getting the season started. Gives you time to work out the bugs and issues.

So the move is done, and one week later we load up and head to Orlando for the IHRA season opener. We arrive a few days early so we can test. Well, you know it isn’t going to be a good weekend when you get to the track and slide into the mud. Yes, the mud. I got the motorhome stuck in the mud. Lets just say, my vocabulary consisted of some words I will refrain from repeating. My wife was no help reciting lines from ‘My Cousin Vinny’ as we attempted to get the motorhome out of the mud. A big thank you to Orlando Speedworld and the staff who pulled me out of the mud. I then had the task of cleaning 100 pounds off mud off the truck and out from under the wheel wells. The best part ? Was the generator exhaust pipe was so clogged with mud that when I started it, it shot mud balls 10 feet!

We tested on Thursday, but we unfortunately got stuck behind the eight ball with issues, giving us only two test hits. I am organized. My lists have lists and I check my lists to have everything ready and prepared. But apparently between moving the house and the shop things are still bound to happen. Still, no excuses.

Quain Stott, Butch Branzille, did an amazing job. We broke our butts to give Dina a good car. On the first qualifier Dina lifted right away. Not sure if she had a brain fart about mud in the tires but we gave that one away. We did notice we had some extremely high Bruno pressure. We pulled everything apart the following day (since we don’t run till 8pm.) I debated changing the unit but did not (my wife always tells me to go with my 1st instinct). In Q2 it shook. Quain and I agreed to ‘let her eat’. Let’s see what it does. Well, it got worse. Now some of you may know some may not, but tuning a car is hard enough, but when there is an underlying problem it’s almost impossible. Quain did his best to get that car down the track but when you have a converter locked when the car leaves the line it is extremely hard to tune. I unfortunately made a bad call and caused us not to qualify. I need to just follow my 1st instinct, go with my gut.

We are regrouping, and making changes. I know we have a fast car and we will be testing every part before we go to another race. We want to defend that #`1 title but we need to be running strong. Do I know everything? Hell no. But I am willing to learn and ask questions. Winning isn’t everything but when you have one hand tied behind your back you don’t have a chance. We struggled all last year with part failures, I refuse to do that again. If you drive by the shop you will find a dumpster full of new parts that just plain don’t work. I wouldn’t give this junk away.

This is a very tough sport; you can go from hero to zero in a minute, well seconds really. Some people think it’s easy to run a race car both tuning and driving. So, I would like to clear up a couple things for the record.

*The car doesn’t know if a male or female is driving and it doesn’t care.

*We here at DPR have a maintenance program that some people think is nuts, but that’s what we have created and live by. Check and re-check then check again.

** A typical race week preparation program. Motorhome – fill water tank, empty waste tanks, check all tires, check all fluids, cook all food, make sure we have drinks, snacks, blankets, clothes etc. Don’t forget Bella’s food, medication, treats and poop bags! Basically take your house and put it on wheels. Then the Trailer- check all your inventory- check generator, compressor, brakes, tires, fill fluids, CRC Brakekleen, rags, towels etc. So now you have taken your garage and put it on wheels. Stella the Cadillac- check every nut and bolt, air bottles are full, check bearings, rings, springs, brakes, tires. Take your car to the dealership and ask them to rebuild it but you need it in a week (oh, for no charge! LOL!). Oh ya , and do all this in between your daily job so you can pay the bills. Sounds easy right?

Then there is social media. Mostly a great place to interact. But some of the negative, insulting comments. Really? I know you are going to have hatters out there, but come on. How about we all grow up and use social media to actually BE social. In racing we work very hard to obtain marketing partners (please visit ours here: https://dinapariseracing.com/marketing-partners/ ) , (they are essentially our bosses) to get to the next level in our careers. That is our choice, we sacrifice a lot in our lives to race (also our choice). I haven’t been on a vacation in 8 years. But that’s what we choose to do. So, next time you (or someone you know) posts a negative comment (especially one that could have negative ramifications) think about it this way…..How would you feel if I went to your job and told your boss negative things about you? Because frankly, that is what is being done. I say that on behalf of all those who have to endure the negativity.

I want the #1 on the car next year for DPR and our partners. If it happens great, but if it doesn’t we understand the need to work harder. Dina always says ‘It’s not getting to the stripe first, but the journey you took to get there’. For the longest time I didn’t really get what she meant. Over the years I have learned to appreciate that statement through what we do off the track. Although we did not make the show, we did roll Stella out of the trailer on Sunday at the IHRA event at Orlando Speedworld. Lots of fans did come by, but we had a very special guest in our pit that day. His name is Jesse. Jesse has Down Syndrome. Dina and Jesse’s Mom Erin have been friends on Social Media for 5 years and this was their first meeting in person! This kid made our day! The expression on his face when he sat in the car was priceless. He and Bella also became fast friends as well. A great moment like this makes you realize a lot about life. I want to win and be competitive, but I love kids like Jesse and the fans. The fans make the show not us. We have the easy job. Make the car run and drive it. The fans endure the heat, rain, long food lines, lots of walking etc. So, it drives me nuts is when teams have attitudes if they don’t make show pack up and leave on Elimination day (although sometimes it may be unavoidable, I admit). These fans paid to see us. All they want is a picture and autograph and a few minutes of our time. I watched Jesse during the day he is a great kid. He may be a ‘special needs’ kid, but maybe it is all of us that are actually ‘special needs’ in the way that we maybe do not appreciate certain things in life.

This brings me back to a childhood friend I had. When I was 8 years old, my neighbor Jimmy was told he would never walk. What 8-year-old believes he will never walk? Well certainly not this kid. I hung out with him and put him on the swing set every day. He fell off, but got up every time. A year later we were riding bikes together. He and his family moved away, I never heard from him again but he remains a big part of my childhood memories. By the time he moved, he was able to walk. He was lucky for sure! My point is that we need to stop and remember that not everyone is as fortunate as most, and I do not mean financially.

Well, it’s that time again to get my butt going. Let’s do this!

See you at the track!