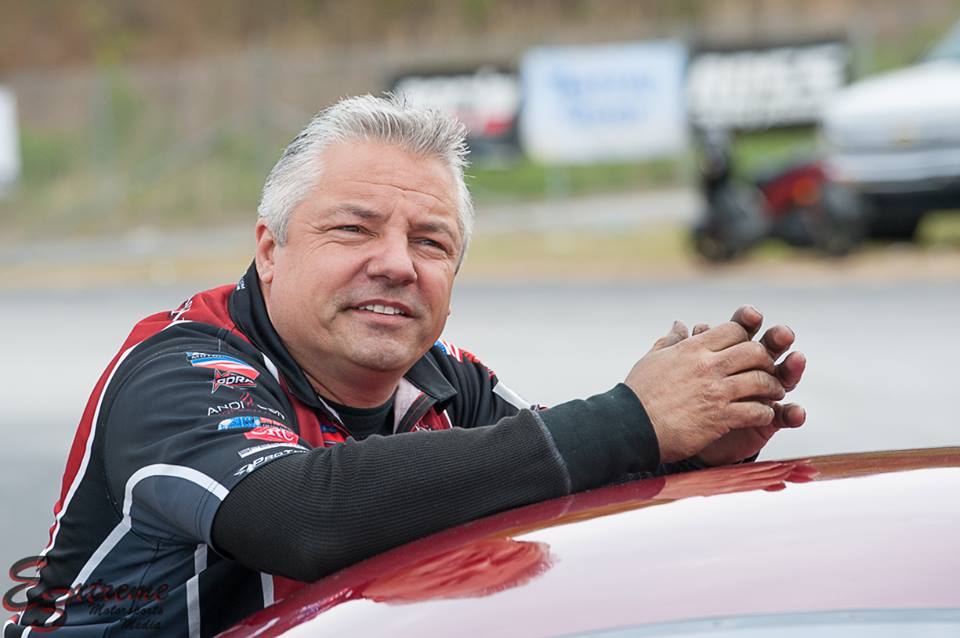 Well, Stella is being a real Bitch. She keeps fighting us in every way possible. Just when you think you have her figured out; BAM she says “HA!HA! You know who you are dealing with.” We have not struggled this hard in a long time. I have some very great and amazing friends behind the scenes working with us. I am very confident we are going to get Stella back on track and competitive very soon.

We attended our first NMCA race at Atlanta Dragway and have to say it was a lot of fun. We fought the cold weather and some incidents but overall it was a lot of fun. The fans were amazing! They came out in the wind and cold to watch racing, and stayed all day. The track crew did an amazing job keeping a tight surface and the NMCA staff were extremely accommodating. As for our crew, Butch Branzelle drove from Virginia to Georgia to crew. A seven hour ride all for being paid in Lasagna. Thank you to Jody Lupton for offering to crew as well. Also joining the DPR crew for the weekend was Ellen E. and Damon S. of E3xtreme.Be sure to check out the photos of Stella as well as other NMCA racers. They are amazing! Ellen did an awesome job crewing with us. We certainly had a lot of laughs this weekend which was needed. We can’t thank them enough for all their help.

2016 has already been a tough year for our sport. The latest being the wreck of Ronnie Davis that claimed his life. In drag racing, it is not just about the racing but the comradery. When we were moving to Georgia and looking for a building people told me to reach out to Ronnie Davis. He knows everyone. I was not close with Ronnie, but talked to him at the track numerous times. I talked to Ronnie about finding a building and he was so accommodating. Right away he was calling everyone, asking who has a building for a NY race team. He was the King for a reason. Forget the racing, he was just that guy willing to help you and a straight shooter. He didn’t know me that well to help me, but he did. Then there is Ian (Tocher) of Drag Illustrated. Ian was doing what he did best. Covering the races. He was unfortunately injured during the incident. But so far things are looking somewhat positive for him. We became friends with Ian a long time ago. He always has that smile on his face. Keep him in your thoughts for a speedy recovery. Our friend Pat Musi had major heart surgery. I love to joke with Pat about how he needs to eat more salad. Needless to say, he does not seem to be a fan of ‘that’ green stuff! LOL! Dan Stevenson had a major fire and thankfully he is okay and has unveiled a new ride. A ton of crashes this year already and we are only into two months of racing. Further rocking the drag racing word was Bob Vandergriff deciding to retire. My point to all of this is as racers, we have a bit of wall up and everything seems a bit secretive. Racers protect their info regarding tune ups and combos, but at the end of the day we are all a big family. We don’t do this for the money, we do this because we are all nuts and love not just the sport but the people in the sport. Hearing about Ronnie and Ian made me sit back and analyze my own life and what really matters. I hate the statement ‘Gone in 60 seconds’ but it makes you really think about life and how quickly someone can be taken. Appreciate them while they are here.

Truth be told, I have to get back behind the wheel of a car and soon. If I’m not careful, I will be divorced by the end of the year because I am driving Dina nuts. I don’t mind crewing but I miss the thrill of driving, I miss the rush. Besides, I want a championship under my belt. I can’t let her have all the glory, although I do look good in TUTU. Life isn’t about finding yourself (because you are not lost) life is about developing yourself and creating your own path. A motivational speaker once said “You only get one ticket in life, use it until it expires”, that speaker was my wife. When I worked for corporate America, I was married to my work. I worked extremely long hours and traveled sometimes 3 weeks a month. For 10 years I rarely saw Dina. Maybe that part was not so bad….Well truthfully it was. The worst part? The fact that I lost who I was. I became the corporate guy that I swore I would never become. I learned a lot but wasn’t happy. You can make all the money in the world but it won’t make you rich in happiness just rich in the bank. Do what you love to do and keep doing it. For example… I don’t know Keith Haney well. But he became a business guru at a young age. Just look at the man. He is always smiling, having fun and has an amazing family behind him. He is full of life. People around him are having fun because it’s contagious! John Montecalvo and his lovely wife Lois Anne have become close friends of ours. Both of them (each) have amazing businesses and they are some of the most caring people you will meet. Like they say you surround yourself with good people. Positive people.That positivity will be returned to you.

So, we have been asked so many times about racing in IHRA as well as other sanctions. Right now we are focused on a couple things, one being to get Stella running well. The car itself is working great. Matheis Race Cars built an outstanding piece. I couldn’t ask for a better car. We have amazing Marketing Partners for this year and beyond. (Be sure to visit https://dinapariseracing.com/marketing-partners/ for Special offers from them! ) Our plan is to build a second car and continue to build our team. We will continuously strive to make our team bigger and better.

At the NMCA race we were under a lot of pressure, well I was. I have been working on this race car for two weeks trying to figure out her issues. A lot of people behind the scenes have helped and I can’t thank them enough. When your stress level is pouring out your eyeballs, I can cause you to lose your mind. Yes, I lost my mind. Stella and her issues got the best of me and I just exploded. I went off. I was screaming at Stella but I was in the boss’ face. The only thing that saved me was the fact that she (Dina) was still strapped in the car. You can give a great driver a great car but when it lacks power the car just doesn’t like it nor does the driver. Think about this, you come home touch a light switch and get an electric shock. The Electrician tells you it’s fixed but it happens again and again. After a while you are hesitant to touch that switch. It’s the same thing with race car. I’m the electrician but she is the one that has to touch the switch. I can’t believe I am going to write this but I have to apologize to D..Di…. Dina for exploding. Oh, I am never going to live this down.

I have to get back to the shop and go have a long talk with Stella. Maybe we have to give her some wine and cheese to make her happy?

Remember…..GO live life….It’s the only one you get.

See you at the races,